Van Scatliffe started working for the City of New York on Nov. 13, 1984 as a TEA Level 1 in the Department of Transportation (DOT), which then merged with the NYPD in 1997. He first became active in CWA as a Level 1 when he was elected as a Shop Steward with that union in 1985. Van stayed in that position until he became a Local 983 member as a TEA Level 3. Five years into his Local 983 tenure, Van became a Shop Steward and says his favorite part of the job is being able to help the more than 200 members he represents, making sure there are no issues on the job, and letting members know about all the benefits available to them as a union member. “All our members, especially the newcomers, need to know that without a union, and especially one as well run as Local 983, they don’t have any rights,” he said. Van also serves as a Local 983 Trustee, a position he has held since Oct. 1998.

Tawana Dunnham started working for the City of New York as a Senior Field Supervisor in the Department of Community Youth and Development in 2014. She has remained there since, actively getting involved with both her co-workers and Local 983.

In 2019, Tawana became both a Shop Steward and an Executive Board member. She also serves as a volunteer member and organizer on the DC 37 Political Action Committee and in her spare time, is a community activist. “It’s important to get involved in our Union and help each other out whenever we can. That’s why I wanted to become a Shop Steward,” Tawana said. “It’s not always about taking; it’s also about giving back.”

Tawana is a graduate of Mercy College, with a bachelor’s degree in psychology. She is happily married, has three adult children: one daughter and two sons, and three grandchildren. 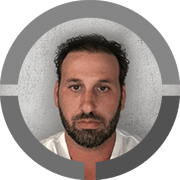 Michael Gorga is a High-Pressure Plan Tender (HPPT) working in Brooklyn Criminal Court. He first started working for the City of New York in March 2010. At the time, he worked for DCAS, NYC Health+Hospitals, and the Board of Education. Michael has always had a keen interest in the labor movement, which is why he first ran to become a Shop Steward. He was elected in 2014 to represent his co-workers in DCAS. When a position became available on the Executive Board in 2017, Michael ran for the vacancy and was elected. “I believe in doing everything I can to help both the members and the union because organized labor makes for a stronger, working middle class and that helps everyone.”