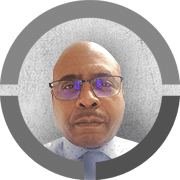 Farris Coley’s more than three decades with the City of New York and being part of a labor union were the impetus for him to run for Shop Steward and get elected by his co-workers on April 18, 2018, where he represents about members at the NYPD Traffic Tow Pound.

Farris started became a Local 983 member in 1990 as a TEA Level 3 and says he wanted to be a Shop Steward because he enjoys helping members and felt he could be of more service if he held the official title. His willingness to go above and beyond led to his appointment as an Executive Board member in 2017, a position he has held since.

The excitement and challenge of being on the Local 983 Executive Board has pushed Farris to learn as much as he can about the inner workings of unions. As with most members, Farris said he had almost no knowledge of what goes into running a union until he became a Board member. “It’s a lot of work; you can’t take anything for granted,” he said. “Members would be shocked if they spent a day with the Board and saw everything that goes into serving the membership effectively.” 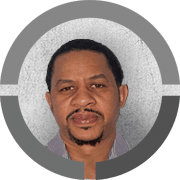 Darryl Scott began his career with the City of New York in Dec. 1996 as a Correction Officer for the New York City Department of Correction. He was there for nine years before transitioning to the Transit Authority, where he remained from 2007-2014 as a Bus Operator.

In April 2014, Darryl became an Assistant City Highway Repairer (ACHR) with DOT. Two years later, in 2016, his coworkers elected him as their Shop Steward based on his knowledge of labor and the workings of Local 983. As a people person and someone always volunteering to help others, Darryl excelled as a Shop Steward, which was noticed by Local 983 Officers. At the time, the ACHRs had just lost their Rep on the Executive Board who had moved on to another position, so Darryl assumed that role.

He says learning about his union and the labor movement in general have been tremendous assets to tackling both jobs. “I always try to have as much information on hand as I can in order to best help the members. Most people have no idea what’s involved in running a union, but it takes a lot to represent a big local with so many different titles,” he said.

Darryl currently is both a DOT Shop Steward and an Executive Board member. 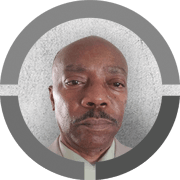 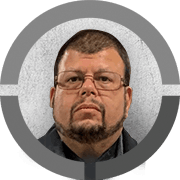 Robert Aponte is both an Executive Board member and Trustee. He started with New York City Transit Authority in 2001 as a High Pressure Plant Tenderer (HPPT) after working 15 years in the private sector. His transition to the public sector came about from a desire for job stability, a pension, and benefits – all things not guaranteed in the private sector. While he was part of a union at the time, Robert said the experience was quite different from Local 983.

“If we wanted anything but the basics, it fell upon us to do it individually. If we wanted a pension for example, it was not part of the package. I would have to go to the company, not the union, and deal with them.” Robert’s experience in both worlds has given him the first-hand knowledge to know exactly how to best represent Local 983 members. He believes that serving on the Executive Board gives him a chance to help make a difference in the lives of all members.